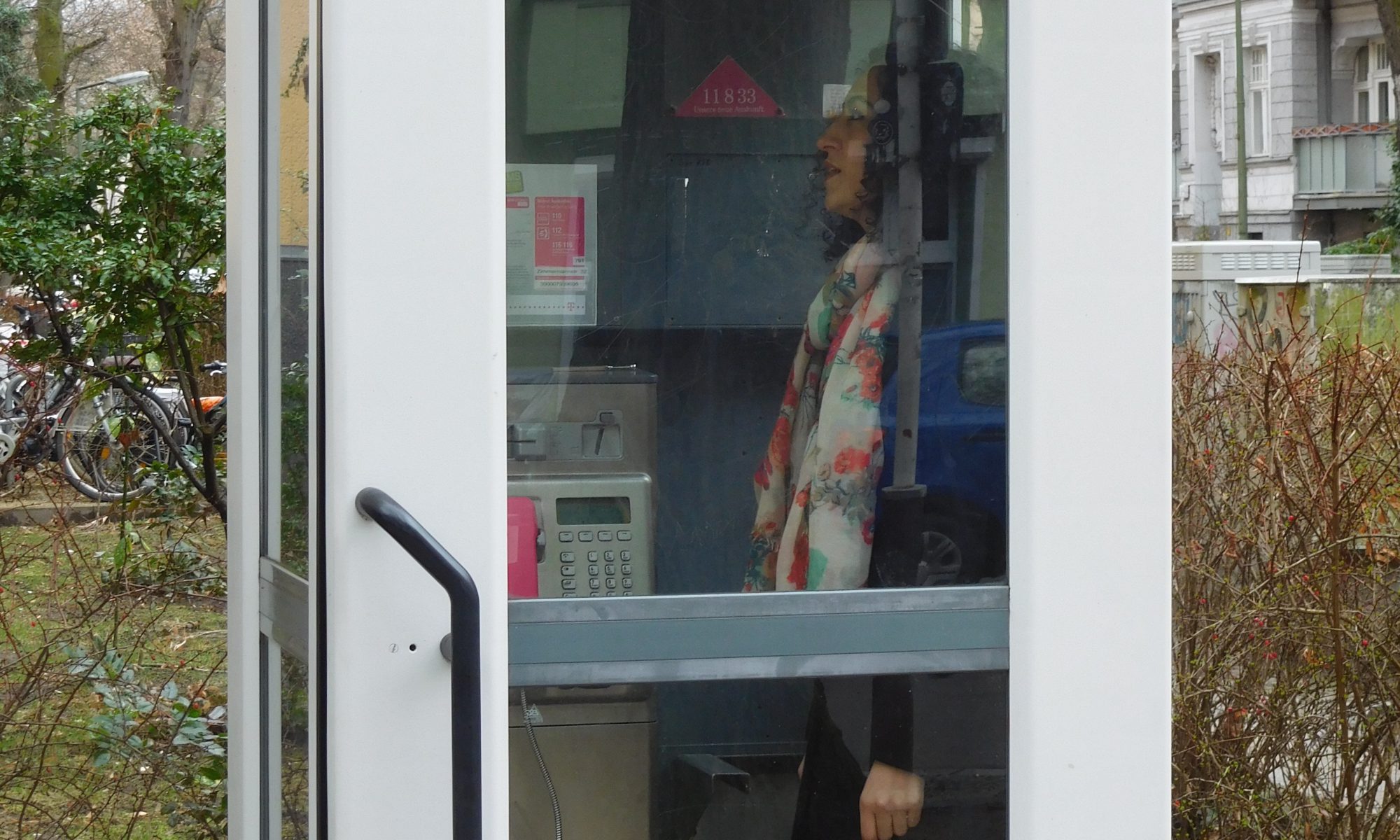 She sings Like Someone In Love, music by Jimmy Van Heusen, lyrics by Johnny Burke.

As you may know or not know, a telephone booth is not a soundproof room and also, not all Berliners are satisfied living in their current apartments. That’s why Defne Sahin is accompanied in her recording by an outside elevator, relieving the aching backs of those who decided to move out of their flat on the recording day. 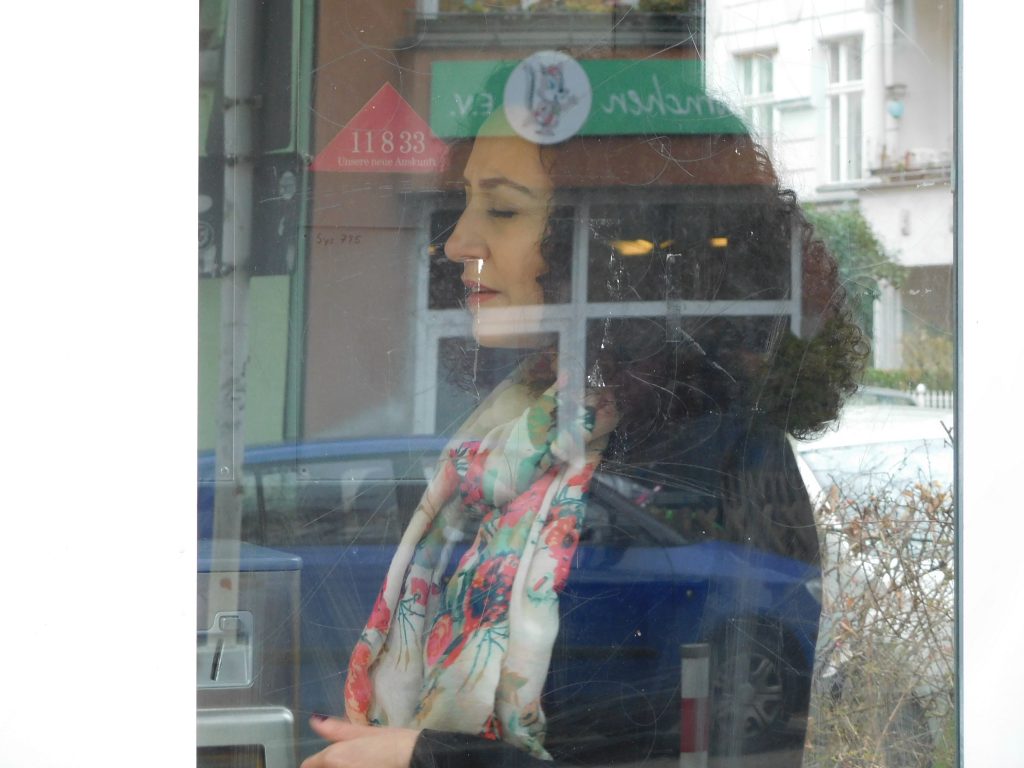 Defne Sahin is a singer who, over the last few years, has lived in Berlin, Istanbul and New York City. She integrates different music styles such as Jazz Standards, Brazilian Bossa Nova and Turkish Asiks folk music into her compositions and projects.
Sahin received funding from Berlin’s Senate Department for Culture and Europe to attend workshops in New York this summer, where she will explore the relationship between dance, voice and improvisation in addition to studying the vocal styles of Meredith Monk. 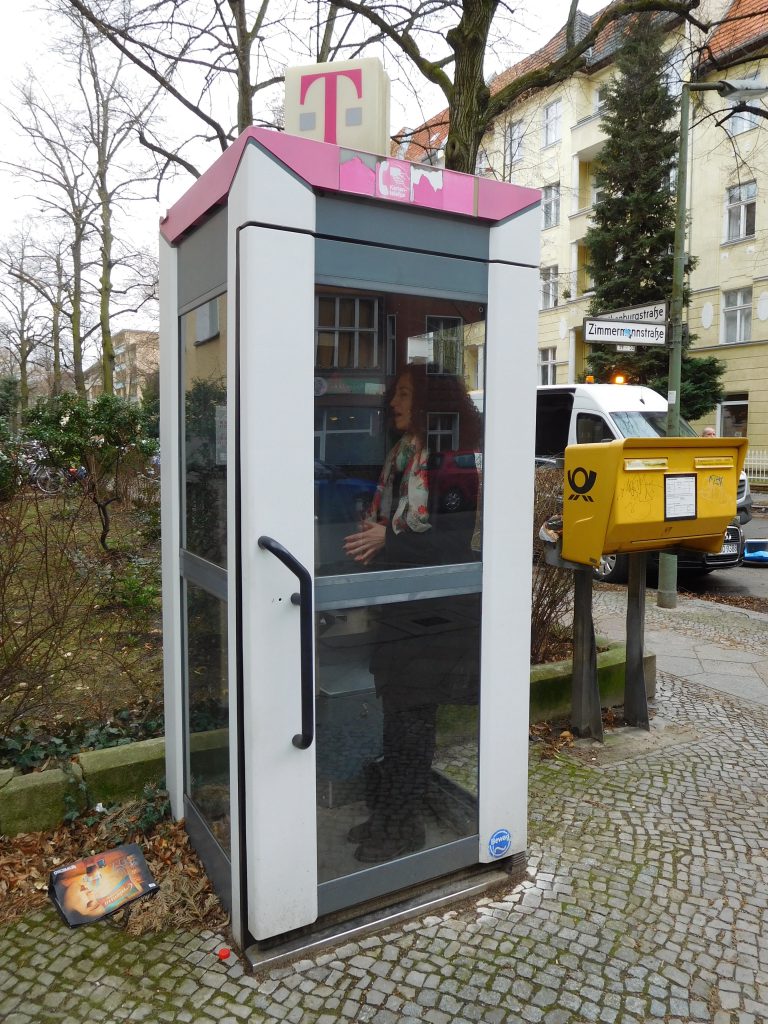 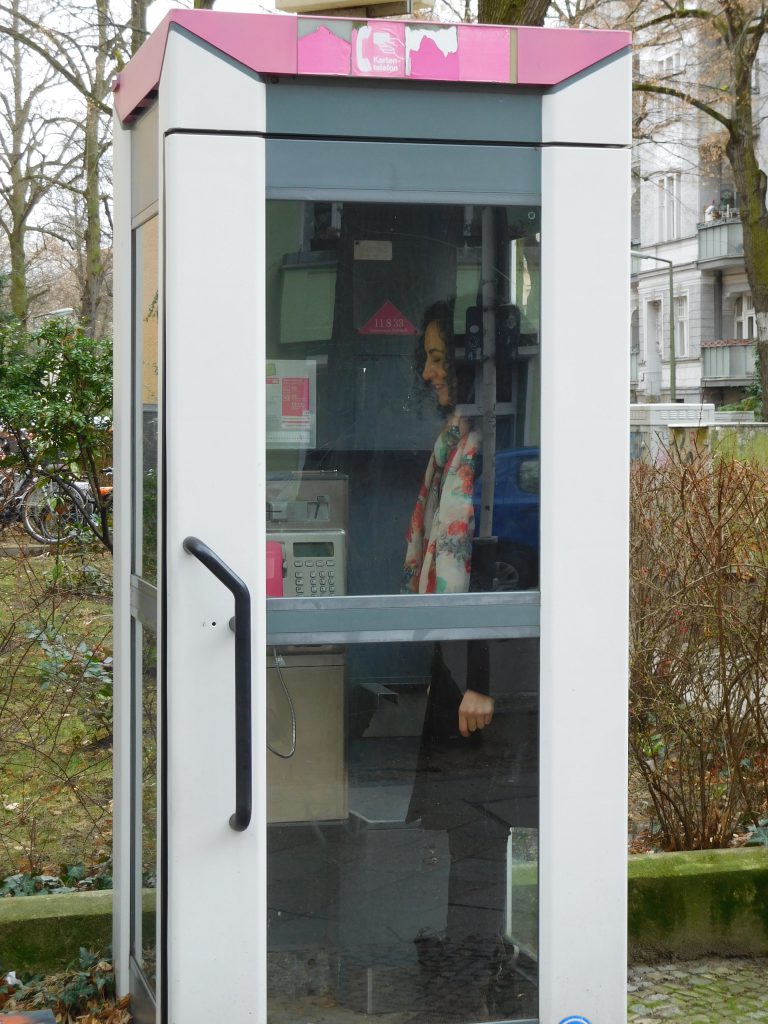